A frequently asked question, or I should say, a hot button in Christianity, whether a Christian man or woman becoming of modesty should wear makeup and/or jewelry. In this postmodern age, it is almost as if when you touch someone’s preferences, you do not have love. The church have gone into a state of relativism, rather than the self denial that Jesus speaks about in Matthew 16:24, “If any man will come after me, let him deny himself, and take up his cross, and follow me.” We should not be asking, what is the least that I can do to be saved, but rather, what can I do to please my Lord. If it is not church  policy, but a biblical principle, a self-denying Christian should not have a problem with obeying a thus saith the Lord.

Before Jacob’s family could be presented at the altar, what must first be done?

“Then Jacob said unto his household, and to all that were with him, Put away the strange gods that are among you, and be clean, and change your garments: And let us arise, and go up to Bethel; and I will make there an altar unto God, who answered me in the day of my distress, and was with me in the way which I went. And they gave unto Jacob all the strange gods which were in their hand, and all their earrings which were in their ears; and Jacob hid them under the oak which was by Shechem.” Genesis 35:2-4

Notice that the jewelry they wore were considered strange gods, and could not be worn before a God who was holy.

What was told to the children of Israel in the wilderness before God could come before them?

Answer: Put of thy ornaments

They would have been consumed if the jewelry were not taken away, because sin cannot stand before a holy God.

“And Gideon said unto them, I would desire a request of you, that ye would give me every man the earrings of his prey. (For they had golden earrings, because they were Ishmaelites.)”

This wearing of Jewelry by god’s people marked their apostasy from God, which was worn by the Ishmaelites.

Was God still concerned about the wearing of Jewelry and makeup in Isaiah’s day?

Moreover the LORD saith, Because the daughters of Zion are haughty, and walk with stretched forth necks and wanton eyes, walking and mincing as they go, and making a tinkling with their feet… In that day the Lord will take away the bravery of their tinkling ornaments about their feet, and their cauls, and their round tires like the moon, The chains, and the bracelets, and the mufflers, The bonnets, and the ornaments of the legs, and the headbands, and the tablets, and the earrings, The rings, and nose jewels, Isaiah 3:16-21

Some may say I do not wear Jewelry  but just my wedding ring. Notice the text said, the rings, and it did not specify graduation ring, friendship ring, lodge ring, or wedding ring. In a country where the wearing of a wedding band is not law, the faithful Christian need not wear it, for it is an inconsistency to the non-believer and the young. Yes, but how will single men/women know I am married. 70% of men who commit adultery wear their wedding rings. The most important relationship that we should have is that with Christ. Jesus, neither us, wear a ring to signify the marriage that took place when we gave our life to Him. And it would not stop the devil from tempting us whether we wore a ring or not. Rather, our love and loyalty to Jesus keeps Him away.

What is the history of the wedding ring and other Jewelry?

The first recorded instance of a wedding ring was from Egypt over 3600 years ago, made from reeds and hemp. The ring was depicted as a serpent eating it’s tail, today called the Ouroboros, which is greek for “tail devourer”. It represented eternal, rebirth, cyclicality, in a sense of recreating itself, or cycles that renews when one ends. This symbol is also associated with Alchemist, Gnosticism, Hermeticism and Hinduism. In Hinduism, it is portrayed encircling the star of balphemet. Worn on the ring finger of the left hand, it was believed that the vein from that finger ran to the heart. If this union was not enjoined by the Christian God, then who? A superstitious ritual that the wife’s “spirit” would not leave was the binding of her wrists and ankles. This later evolved into the binding of the finger. The wedding ring was later adopted into the Greek culture, given to the wife as a sign of ownership. Which was also made a part of the roman culture, where each type of ring represented a different planetary god; the diamond in gold ring the sun, crystal in silver the moon, etc.

Since the history of the wedding ring is enshrouded in paganism and superstition, you may be wondering how was it introduced into the Christian church. The Encyclopedia Britannica 11th edition, Vol.23, p.351 states that “this use of the ring which was thus a purely secular origin received ecclesiastical sanction . . . from the eleventh century.” It was not introduced into certain religions in the United states until the 20th century; it was seen as frivolous and decadent. They understood that It would neutralize their mission and demoralize their religion. John Wesley of the Methodist church advised, “Wear no gold, no pearls, or precious stones . . . . I do not advise women to wear rings, earrings, necklaces.” What a contrast in views to modern religions today.

How does God describe those who remained after these Judgments mentioned in Isaiah?

“In that day shall the branch of the Lord be beautiful and glorious, and the fruit of the earth shall be excellent and comely for them that are escaped of Israel. And it shall come to pass, that he that is left in Zion, and he that remaineth in Jerusalem, shall be called holy, even every one that is written among the living in Jerusalem” Isaiah 4:2, 3

How did they become beautiful?

Answer: Washed away the filth, purged the blood by spirit of judgment and burning

Notice the Jewelry is equated to filth.

What did God caution his people when they conquered a nation?

“The carved images of their gods you shall burn with fire. You shall not covet the silver or the gold that is on them or take it for yourselves, lest you be ensnared by it, for it is an abomination to the Lord your God.” – Deuteronomy 7:25

Answer: Do no covet or take the gold or silver for yourselves.

Firstly Jewelry is a snare, and secondly an abomination to God.

What is the first recorded instance of the wearing of colorful cosmetics?

“And when Jehu was come to Jezreel, Jezebel heard of it; and she painted her face, and tired her head, and looked out a window.”2 Kings 9:30

How is the Apostate Church portrayed?

“And the woman was arrayed in purple and scarlet colour, and decked with gold and precious stones and pearls, having a golden cup in her hand full of abominations and filthiness of her fornication:
And upon her forehead was a name written, Mystery, Babylon The Great, The Mother Of Harlots And Abominations Of The Earth.” – Revelation 17:4, 5

What are the guidelines for dress from the bible?

“In like manner also, that women adorn themselves in modest apparel, with shamefacedness and sobriety; not with broided hair, or gold, or pearls, or costly array; But (which becometh women professing godliness) with good works.” – 1 Timothy 2:9, 10

Shamefacedness (aidōs) – bashfulness, that is, (towards men), modesty or (towards God) awe: – reverence, shamefacedness.
Bashfulness – reluctant to draw attention to oneself.
Sobriety (sōphrosunē) – soundness of mind, that is, (literally) sanity or (figuratively) self control: – soberness, sobriety.
Self control – restraint exercised over one’s own impulses, emotions, or desires.

It can almost be read, Women adorn themselves in modest apparel, with control over the desire to draw attention to one’s self. Many might say, “oh, I do not seek attention”, but their dress tell otherwise. We need to be honest, and refrain from anything that might draw attention away from God, for both you and the person who is looking. He goes on to list what may draw attention, Broided hair, gold, pearls or costly array. And exhorts that they should rather be adorned with that which professes godliness.

Note: Broided hair refers not only to the braiding of one’s hair, but the decoration with gold and jewelry as in figure 2 below. 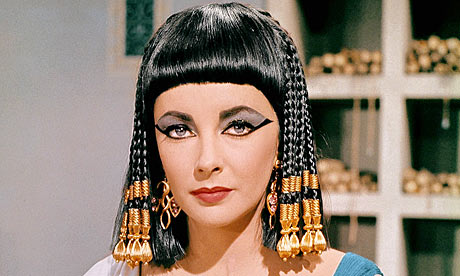 Principles of dress: it must be modest, simple, healthful and attractive.

Which adornment is more important?

“Whose adorning let it not be that outward adorning of plaiting the hair, and of wearing of gold, or of putting on of apparel; But let it be the hidden man of the heart, in that which is not corruptible, even the ornament of a meek and quiet spirit, which is in the sight of God of great price.” 1 Peter 3:3, 4

Answer: More important than the outward adorning is the adornment of the heart, a meek and quiet Christian character. Seeking not the attention of others, but reflecting the character of Christ, whereby glorifying our maker.

God does not want us to be hung up on pleasing our desire to “look good”, whiles our characters are blemished and in need of a makeover. The modern dress seems far distance from that becoming of a modest Christian. It is all about display and drawing attention, as if we were all gods. It is contrary to the humility and the meekness taught in the bible. When we think of Moses, John the Baptist, even Christ, how their mission was not to draw attention to things that were physical, but that which is spiritual. Christ ever glorified His Father in Heaven. May we make a decision in our hearts also to always glorify our Father in heaven, and not ourselves.